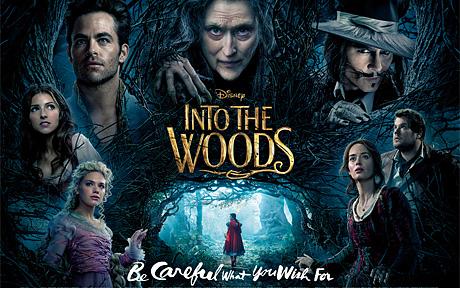 Let’s all think back to the last fairy-tale movie we watched. Was it anything like its original story? Probably not. Lately, movie studios have been deviating from the predictable cookie-cutter storylines that we have all grown up reading. Cinderella, Into the Woods, Maleficent, Snow White and the Huntsman, Red Riding Hood, Jack the Giant Slayer, and Oz are just a few examples of recent movies in Hollywood that have twisted the concept of fairy-tale.

The trend began in 2010 with Tim Burton’s release of Alice in Wonderland, which retold Lewis Carroll’s beloved classic bedtime story. The film was a huge, but successful gamble, grossing a total of 1.02 billion dollars worldwide, and becoming the 17th highest grossing films of all time. Several filmmakers followed in Tim Burton’s footsteps, creating a new culture of fantasy film.

Lately, Hollywood has been cranking out fairy-tales, with Maleficent, Into the Woods, and Cinderella have been the most recent. All three had excellent reviews and did very well in the box office.

The modern twist has also found its way into the animated world, with newer Disney films being far different from the more classic princess movies. Think back to the very first Disney Princess, Snow White, which was released back in 1937. Now fast forward to the Princesses of Arundel, Elsa and Anna, the most recent addition to our growing list of Disney royals. Everything is different, from the sheer look of the animation, to the style of the script, to the manner of the music. In this era, filmmakers have integrated humor, feminism, and more complex production methods into their work. Most of us may not give the Frozen scene of Elsa creating her ice castle atop the mountain much thought, but that intricate of a piece would have been impossible to create back in 1937. Producers are beginning to experiment with the technology they have, and are continuing to find new ways to awe their audiences. This advancement in technology has allowed for the evolution of the Disney Princess.

Television shows have also pooled into the growing trend. Shows such as Once Upon a Time, Sleepy Hollow, and Grimm Fairy Tales, are all centered around retelling and altering classic stories, and attract thousands of viewers nationwide.

With twisted fantasies only gaining more popularity, Hollywood only has more in store for us. Studios have already announced the release of several new fairy-tale movies for later this year. Some of these include Beauty and the Beast, which is to star Emma Watson, Peter Pan, to star Hugh Jackman, and Pinocchio, to be produced by Robert Downey Jr., starring Ben Stiller.

Keep your eye out for these titles and more twisted tales!