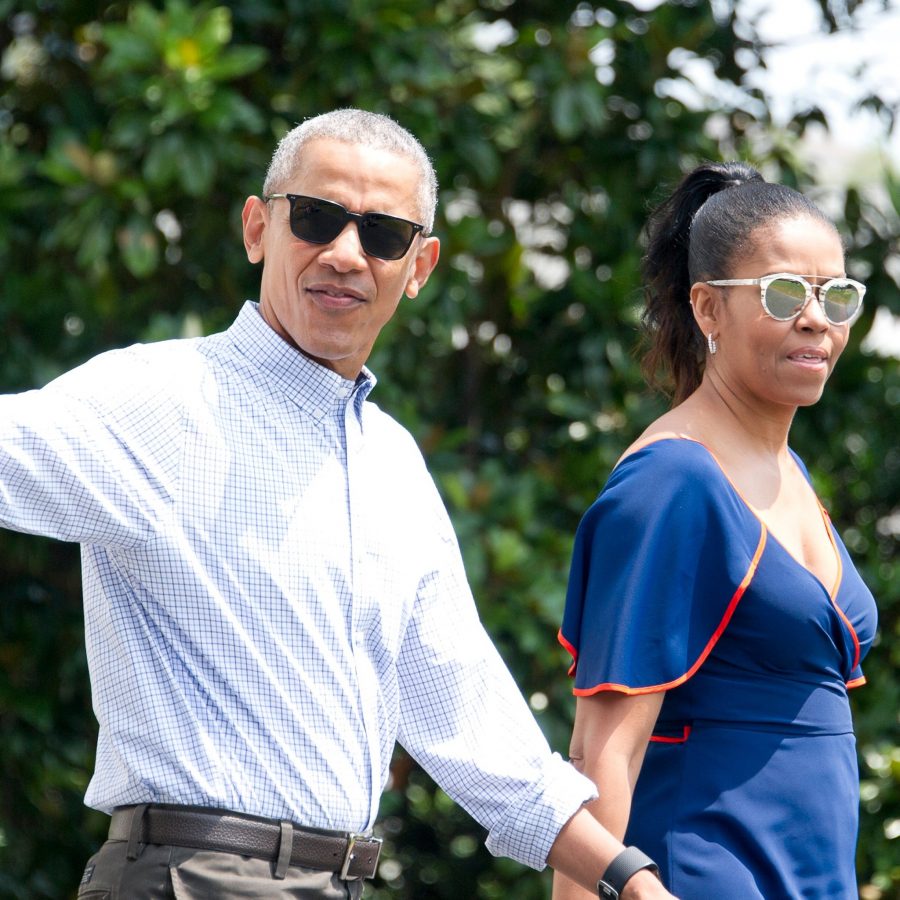 On January 20th, 2017, the 45th President Donald Trump attended his inauguration, and 44th President Barack Obama, Michelle Obama, and their daughters Malia and Sasha moved out of the white house. Even here at Eagan High School, people have since been buzzing about Donald Trump and his political views and actions. But what about the former first family?

It seems that life has been good for the Obamas since President Obama left office. They took a trip to Palm Springs, California to visit the ambassador of Spain and Angora (under Obama) James Costos. After that they went for a visit with interior designer Michael S. Smith in Los Angeles, who decorated the White House while the Obamas lived there. They then reportedly made their way to the Virgin Islands to see Virgin Group founder Sir Richard Branson, and to stay at his private island retreat. Not too shabby for our 44th president, eh?

Now, we’ve all seen the photos on social media of the Obamas chilling with friends, so the Obamas’ endeavors in the land of relaxation may not come as a surprise. But have you ever wondered if this was normal for ex-presidents? Do presidents usually just go off and take vacations after leaving office? Are there any duties that a president must fulfill after they leave office?

Mr. Eschle offered a little clarification on the matter. “There are no constitutional duties that an ex-president might have, and many of them choose to retire and go off. If you’re George W. Bush you go off and paint, and maybe come by and give quotes once in a while [to the press] if they ask you about politics. [Bush] also runs a very successful charity foundation. If you are like President Clinton, you stay pretty active in politics, although you don’t run for office. Very rarely do presidents run for office, although historically there have been a handful that have done that. Some of them, like William Howard Taft, will actually go on to be in the Supreme Court. Very rarely, but it does happen, do people go on to be a senator or a representative.” Freshmen Ashley McCann stated that she thought Obama’s vacations are well deserved. “He deserves it because he’s been working eight years straight for this country, so having some vacation is not that big of a surprise. It’s something he probably wants to do for his daughters, because they haven’t had the most normal life.”

Politics are a sticky subject, but despite the controversy of the current presidency, I think there is one thing we can all agree on; Obama’s retirement sounds like an awful lot of fun.