Worth the Hype? Apple Pencil 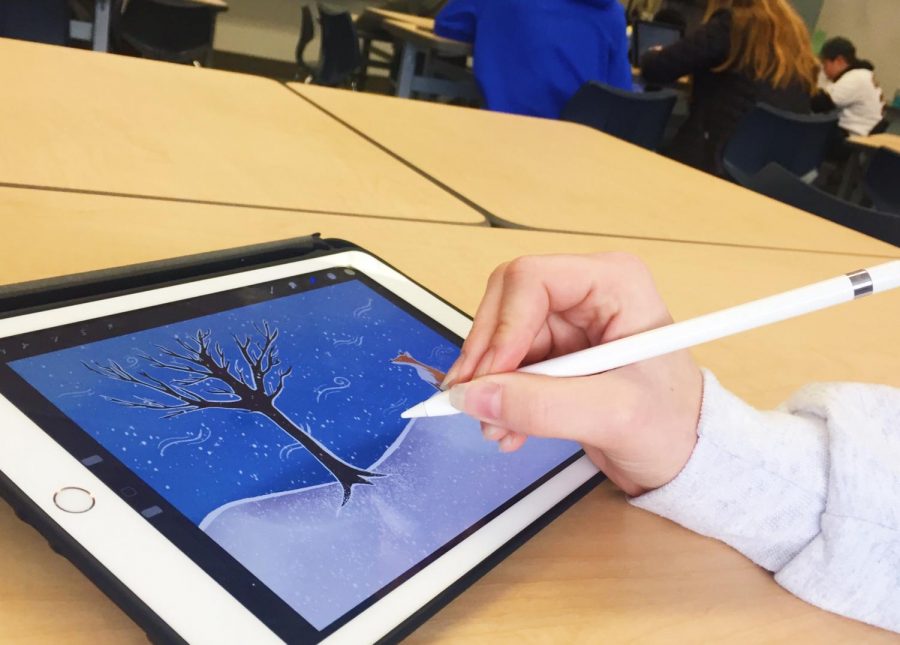 In 2015, the Apple Pencil was argued to be one of the top, if not the best Bluetooth stylus out on the market. It was Apple’s first-ever stylus, featuring innovative technology such as a rechargeable pen cap. People loved its compatibility, and the precision of the pen was considered remarkable. About three years ago, Apple Pencil 2 was released. It has a similar configuration to the first Apple pencil, but different device compatibility. With new styluses coming out into the market at a cheaper price with new is the Apple Pencil worth the high price?

The Apple Pencil is approximately seven inches long and it weighs less than an ounce. It has a removable cap that can be charged by plugging it into most Apple devices. Pairing the pencil with your device is very straightforward. The stylus will pair over Bluetooth as you plug it into your device. Apple claims that the pencil has up to twelve hours of battery life before needing another charge. The stylus is compatible with multiple Apple devices, but it was specifically designed for the iPad Pro. It is great for note-takers and artists due to its incredible accuracy. The Apple Pencil retails at $99 and the second generation pencil retails at $129.

As seen at Eagan High School, teachers, specifically in the math and science department, utilize the Apple Pencil in their everyday lessons. I caught up with math teacher Mr. Madsen to ask him about his experience with the pencil. He said that he loves his Apple Pencil. It allows him to write with much more efficiency compared to a cheaper stylus that he had owned before. Mr. Madsen emphasized that the best part about the Apple Pencil was that he could put his hand on the device while he was writing. With the Apple Pencil connected to your device, the device only records the tip of the Apple Pencil, so that your hand or other pressure on your device does not interfere with your writing.

Overall, the Apple Pencil is still one of the most premium styluses out on the market. It outperforms many of the other alternatives that are available. Since it’s been such a trustworthy stylus for multiple years, Apple has not made any major changes regarding its technology. Many other companies are continuing to make cheaper substitutes, that sacrifice little to no performance in comparison to the Apple Pencil. If you can afford the stylus, it is a great buy. Apple has proven that their stylus is very hard to match thanks to its impeccable technology.