Sixth Stick it to Cancer event another success 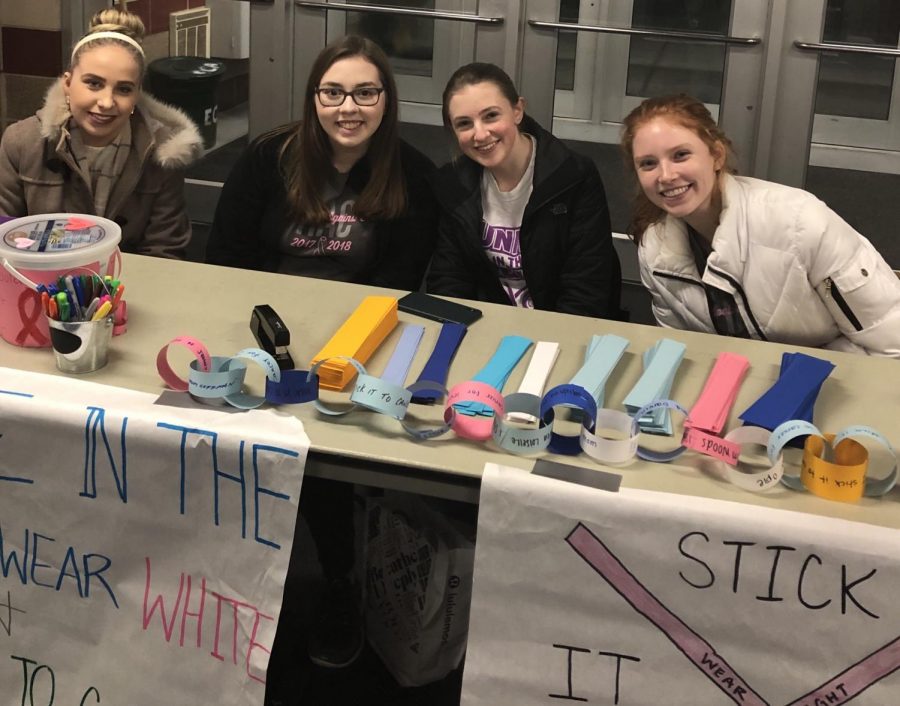 Yesterday (1/12/19), Eagan’s High Schools Against Cancer teamed up with Eagan’s boys and girls high school hockey programs at the Eagan Civic Arena to put on their 6th annual Stick it to Cancer, fundraising $1,111.13 to be donated to the Hope Lodge in Minneapolis.

Stick it to Cancer was not only this Saturday but also started the week prior to the hockey games, with donations during lunch and paper strips creating a chain, writing “I stick it to cancer for…,” finishing with the name of someone who has/had cancer. This was also available at all four hockey games on Saturday.

HAC decided on donating all of the money raised to Hope Lodge in Minneapolis. Hope Lodge is an organization/housing development built by the American Cancer Society. It is a place for cancer patients and their caregivers to stay when going through treatment, which possibly could be in a city away from their home. This allows patients and their families to not have to worry about where to stay or having to pay for their lodging while going through treatment.

Along with this, both the girls and boys varsity hockey teams won their games against the Shakopee Sabers. The girls won 3-0, and the boys won 6-0. The girls JV team won 3-1, while the boys JV lost 3-2.