The limitation of fans: how the athletes feel 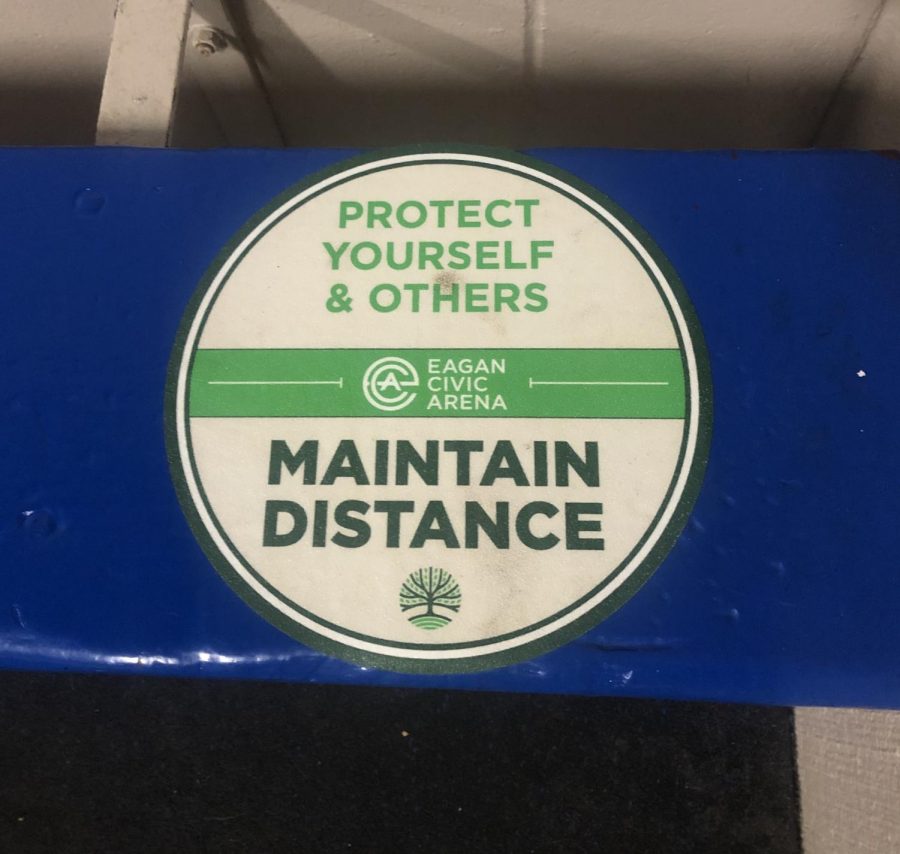 A big part of sports is the highs and lows of the spectators’ excitement. Having your friends and families watch you play the sport you love while the band blasts your school spirit song is one of the best feelings of high school sports. But when this is taken away, it’s yet another challenge for athletes of all sports to conquer.

Morgan Madsen, one of the girls’ basketball captains, and Max Robinson, the boys’ basketball captain, agree that they don’t see a difference in how they or their team plays. But Alex Lachenmayer, the boys’ hockey captain and Cora Hall, one of the girls’ hockey captains feel the opposite. They both agree that without the crowd, their team lacks energy.

Many athletes have a set routine before a game to get them in the mindset to go on the ice or the court. Due to COVID-19, these rituals have been disrupted to keep the athletes, coaches, and spectators safe. Cece Berger, one of the girls’ hockey captains illustrates how much these routines have been affected. “Covid has altered our pregame ritual dramatically. On Fridays we would have pasta feeds before our Saturday game and now we aren’t able to do that since our group is large. Also, we aren’t able to warm up as a team so we have to do it over Zoom. And lastly, our locker room isn’t accessible due to its size so we wouldn’t be able to appropriately social distance, which means no pre-game jam sessions with the team.”

Some athletes are more effected than others. Cece Berger feels that the limitation of fans is a major downfall to sports during the pandemic and with a limited amount of fans, not everyone gets to come support you. Max Robinson agrees, saying that “Playing with limited fans has been interesting especially at home games. It’s sad that we can’t have all our friends and even family members there to support us”.

Everyone has come together to keep the athletes safe and try and make the games they have as normal as possible. Even with this difficult situation, there is a light in the darkness. Having limited fans has provided some advantages in the athletes’ eyes. Alex Lachenmayer feels that an advantage of limited fans is the communication on the ice. With limited fans, they are able to talk and communicate very easily on the ice without the crowd noise having an effect. Cora Hall points out that one of the best advantages of having limited fans is lowering the Covid numbers so that they are able to get back to normal as soon as possible and hopefully, by next season.

In the end, these small advantages do not outweigh the disadvantages of not being able to have all your friends and family come to your game or being cheered on by the majority of the school. Everyone has come together to keep the athletes safe and to try and make the few games they have as normal as possible for them. With the sacrifices the athletes, coaches, and families have made this season, we are better off to get back to normal by next school season.