The final installment of the Hunger Games series finally made its highly anticipated release on November 20th, 2015. Katniss Everdeen, the much loved protagonist of the story, returns as feisty and determined as ever. As opposed to its moping prequel Mockingjay- Part 1, this film had a perfect balance of action and emotion, and kept the audience drawn in throughout.

The storyline centers around the rebellion in Panem, the setting in this dystopian series. Katniss leaves District 13 with Gale and Finnick and sets out to assassinate President Snow and liberate the nation from his tyrannical rule. The team has to navigate around traps set up by the Capitol’s gamemakers, making the journey another Hunger Games, just outside the arena. On top of saving the world, Katniss also has to rekindle her relationship with the brain-washed Peeta, and maintain a friendship with the jealous Gale.

The film was a huge box office success, making $101 million in its first weekend. This marks the first ever film franchise with four $100m+ debut weekends.

Make sure to go check out the exciting finale of this series! 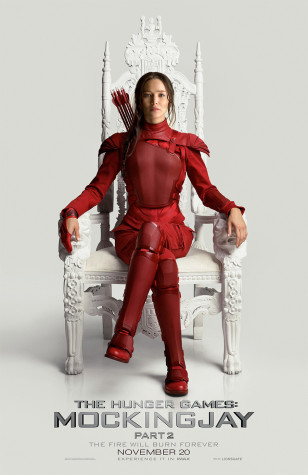