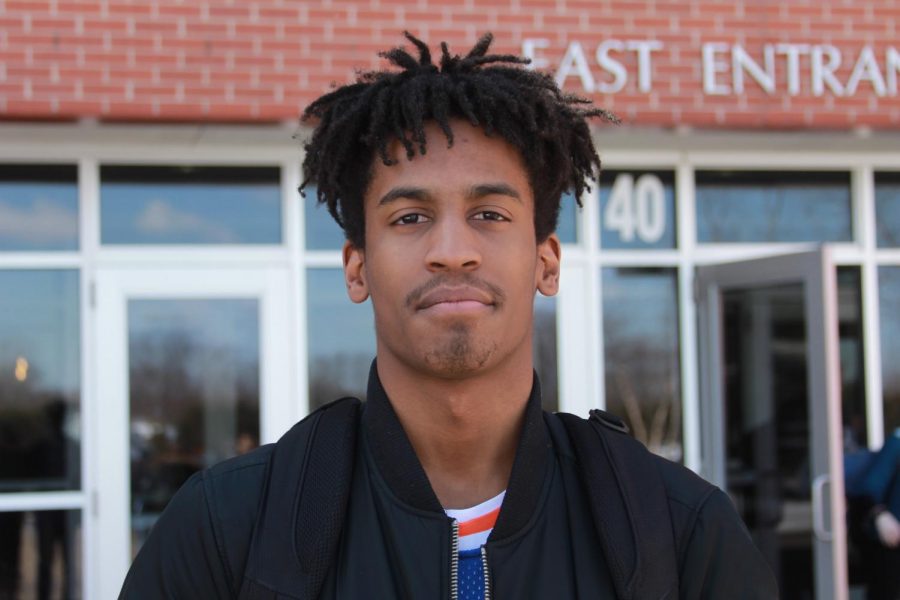 In 2010, a man named Brandon Stanton started a project.  His goal was to photograph 10,000 New Yorkers on the street, and eventually, he began to interview his subjects and post powerful snippets of their stories on his Instagram account, @humansofny.  Today, Stanton boasts nearly 8 million followers, as well as two bestselling books. Inspired by his project, which continues to give voices to so many, the staff of Eagan Independent is attempting to document the stories of students at our school.  We know that a five-minute interview only reveals a small fragment of a person’s identity, but we hope that collectively, these fragments expose the humanity that lies in each of us.  Our first interview is with senior Anthony Wallace.

Lydia Dawson:  You talk a lot about how social media has affected the way you act.  What changes have you made in your life?

Anthony Wallace: I’m focusing more on stuff that really matters to me, and stuff that I feel represents myself better, as opposed to putting stuff out that can achieve the quotas that I used to have in terms of likes and followers. I like trying to avoid the quantifiable part of social media, and just use it purely as something to express myself and share what I like, so that’s my approach now, as opposed to before.

LD:  Would you recommend this to other people?

AW:  I would, but I don’t think everybody has negative experiences with social media. I think it got to the point where I was pretty self aware of what I was putting out and my motivations behind things, and a lot of it was directly related to social media. I don’t think that everybody suffers from that, but I do think sharing things you like and are passionate about is better than just doing things for likes.

LD:  How did [doing things for likes] affect your personal life?

AW:  I think it really influenced who I started to hang out with, and the people I associated myself with were directly related to how I wanted people to perceive me and eventually climbing the social ladder. I thought if I made myself more palatable to people that I didn’t even know, it would result in more fellowship and make me a better person, but I’m realizing that it’s not worth my time to change myself for other people, especially if it’s people I don’t really care for at all.

LD:  Could you talk a little bit about your parents’ recent divorce and how that also affected your personal life?

AW:  I think, now that it’s been finalized, I’m realizing that it’s like they’ve been divorced for the past seven years now. They’ve been living in the same house but just not talking to each other, which in some ways is worse than a formal separation. During that time I’ve learned a lot about myself because I became really introspective, and I saw traits in them I didn’t want in myself, which helped me mold myself into the person I am now and made me more acutely aware of the relationships that I’m in, and the positive and negative impacts of those. I’d probably say that’s the main way it affected me, but there were obviously a lot of mental health affects.

LD:  What advice would you give to other people who are having the same struggles as you?

AW:   I would say find a creative outlet. I think a lot of times it’s a lot easier to just wallow in the misery and relive the sadness over and over again, especially if it’s something that’s just one room over. I think finding an outlet where you can talk about it, or even finding a person to talk to, just finding something that you can consistently go to for support is helpful, but I would recommend writing. For me, whether it’s writing prose or writing poetry specifically, I can really outline my feelings and thoughts . . . organize my opinions better in my head, and navigate family situations.

Thank you, Anthony.  Keep an eye out for future installments of Humans of Eagan!