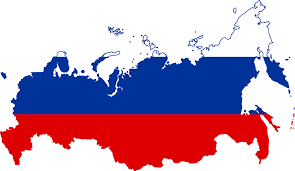 Recent headlines about Russia have led many to think of the former superpower in a negative light, specifically President Vladimir Putin’s adversarial relationship with the United States and the controversy surrounding Russian meddling in the 2016 election. But freshmen Sophia Zelinsky and Sasha Kryazh are hoping to change that with the creation of the EHS Russian Club.

Sophia and Sasha’s parents immigrated from Russia before the girls were born. Russia is their homeland, where their roots are planted. It is where generations of family members were born, raised, and thrived. They want classmates at Eagan High School to learn about the culture of Russia, the traditions that make it unique, and of course its cuisine.

“There’s no Russian learning here. No one really knows much about Russian culture aside from the bad stuff. We would like to showcase the good stuff, like how interesting our culture really is,” Sophia said.

Sasha and Sophia, both the first in their families to be born in America, wanted to create a club to find others like themselves and share their heritage. They said the process of starting it at EHS was relatively simple.

“We had to first get permission from the office and principal,” Sasha says. “We had a little presentation for them to promote our idea.” Dr. Reikowski was on board. “She loved it, I guess,” Sasha explains. “So then we got approval from her and signed the form requesting a club,” Sophia said.

The club is a chance for students to learn more about the heritage and culture of Russia. Club members of Russian descent get a chance to talk about their own families’ experiences. According to Sasha, most meetings will include some sort of activity, such as a craft project or even watching a movie. They will have a discussion about either some aspect of Russia or the Soviet Union. And of course, everyone’s favorite part, food! Sasha said a different dish would be featured at each meeting.

“We’ll have posters up on the days of the meetings,” Sophia said. “Our next one will probably be (Dec. 13).” Sasha said the meeting’s activity will be decorating Russian dolls. “They’re called Matryoshka. They are really traditional ones. They’re pretty cool you can take them apart and stuff too. It should be pretty fun,” she said.