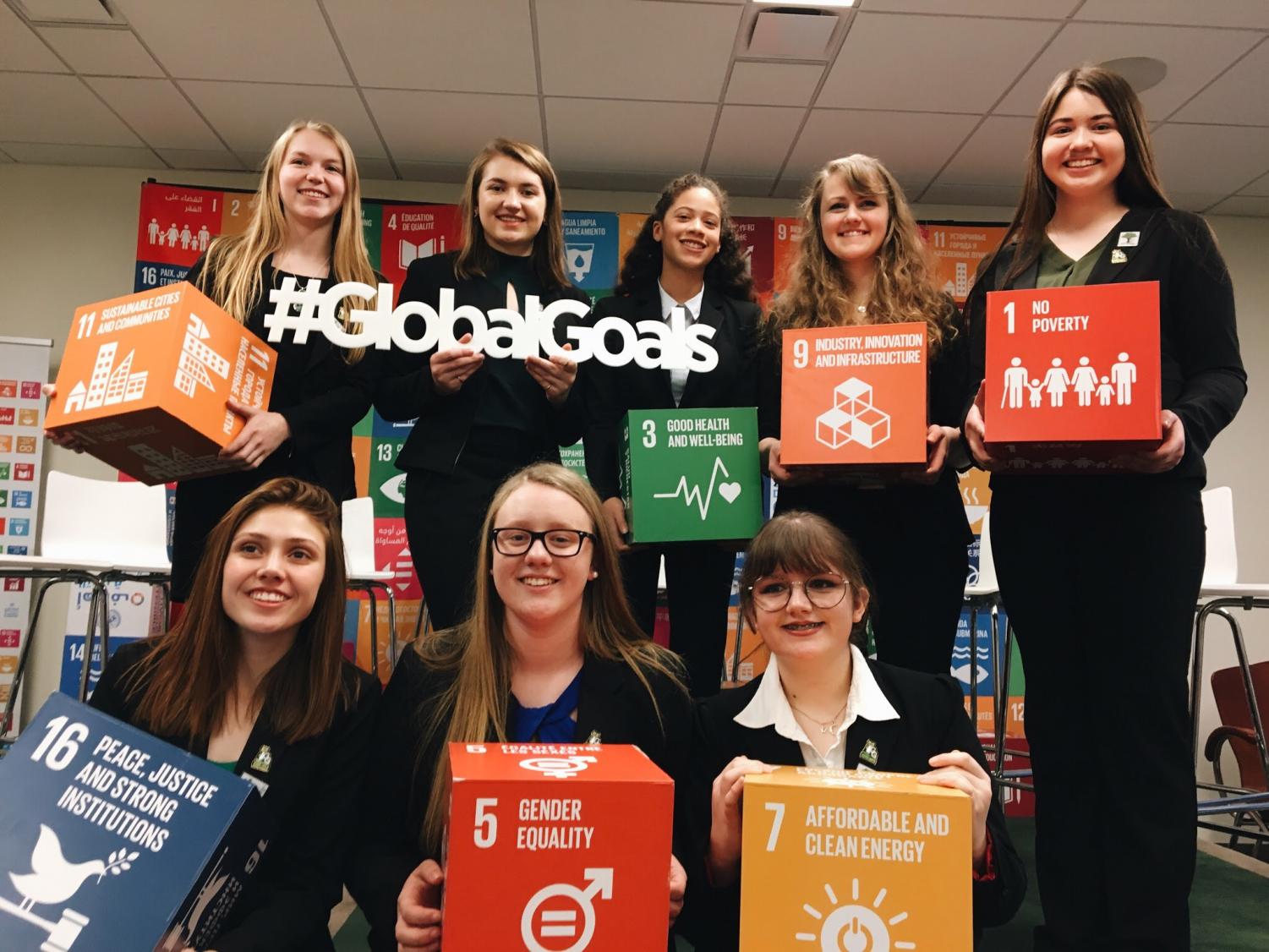 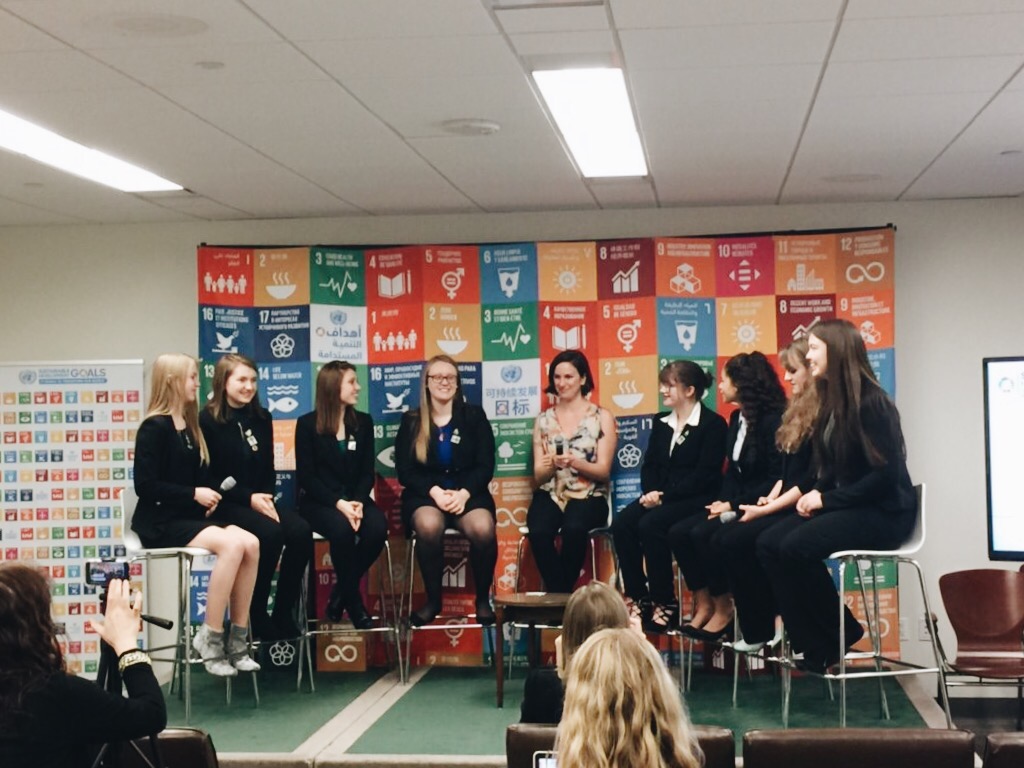 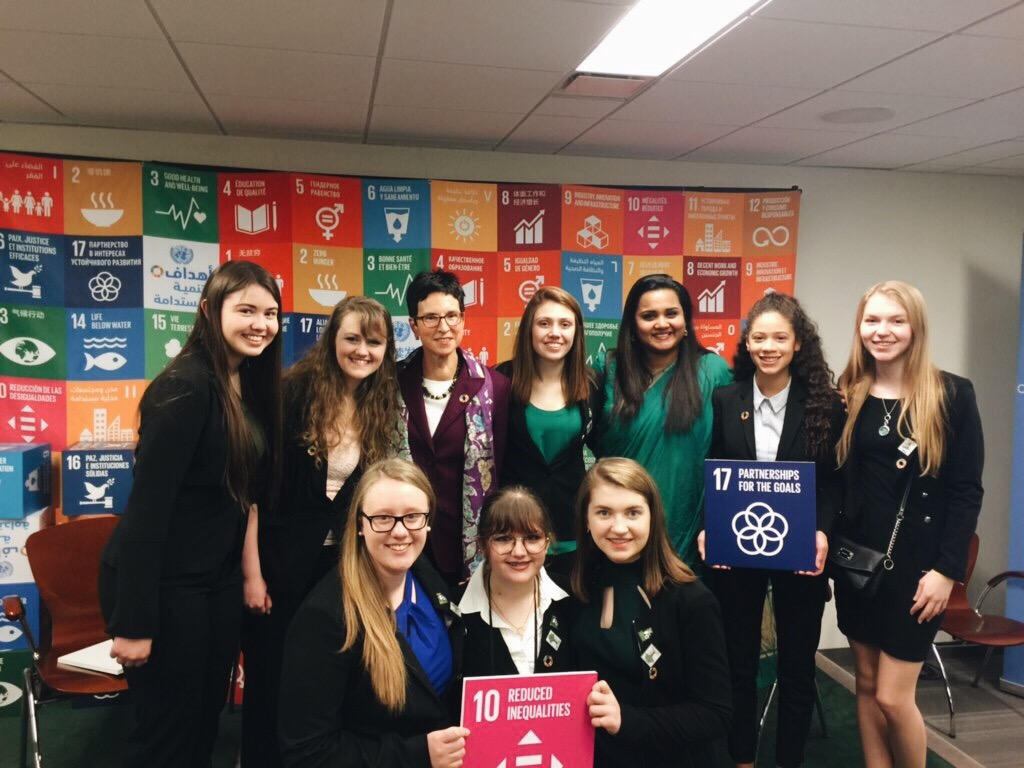 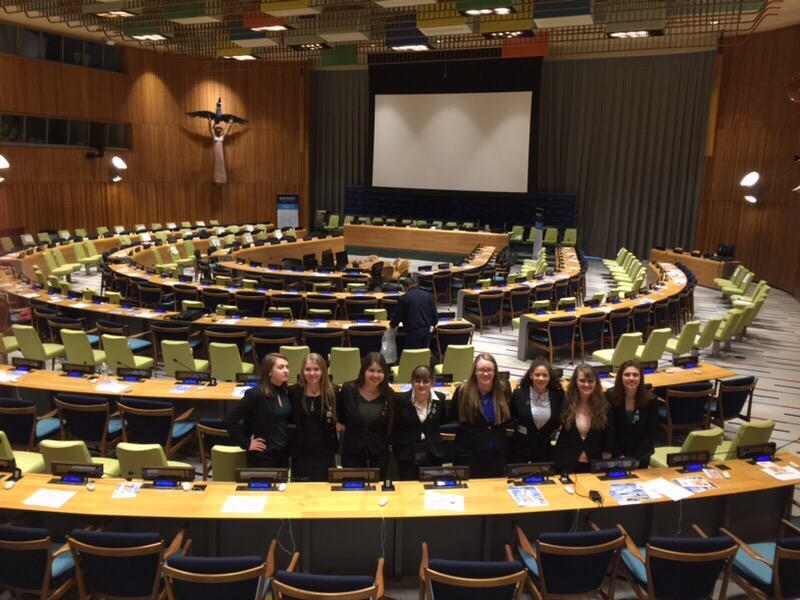 Earlier this month, the Green Girls robotics team made the trip to New York to participate in the United Nations Economic and Social Conference Youth Forum.  The purpose of this trip was to discuss how STEM can help sustainable development goals put forward by the United Nations by 2030.  The United Nations held this forum so that the youth could get involved in solving issues such as gender equality or reducing poverty, both of which were discussed at the forum.

We were able to discuss how we think STEM will play a role in the future and different programs to get STEM involved in other countries.”

The forum started off with a number of presentations, and then went on to breakout sessions.  In these breakout sessions, youth could present ideas for solving world problems.  The Green Girls team from Eagan High School went to a breakout session on Science and Technology.  “We were able to discuss how we think STEM will play a role in the future and different programs to get STEM involved in other countries,” explained junior Rebecca Lundquist, who is a member of the team.  The team went to multiple sessions where they could talk about issues that they were passionate about.

It was during the Sustainable Development Goal Media Zone, another breakout session, where the team was interviewed about the different outreach events that they’ve done, and their accomplishments as a robotics team.  This was a great opportunity for the team to share their ideas with the world.  It meant a lot to junior Erica Broeker who says, “We got to talk about how STEM has changed our lives and where we want to go in the future for STEM.”

This was an especially admirable journey for the Eagan High School robotics team, since they were the youngest people to attend the forum.  The forum consisted mostly of college students and young adults.  While being commendable, this did bring up some challenges for the Green Girls.  “It was a cool experience, but it felt really big and it could be a little bit intimidating,” recalls Broeker.  “It’s interesting since a lot of the people there are adults and have more privileges than we do,” adds Lundquist.  Aside from the slight age gap, both Lundquist and Broeker agreed that the felt honored to contribute to the discussion and make a change.

The next stop for the Green Girls robotics team is the Minnesota State Tournament, where they hope to advance.