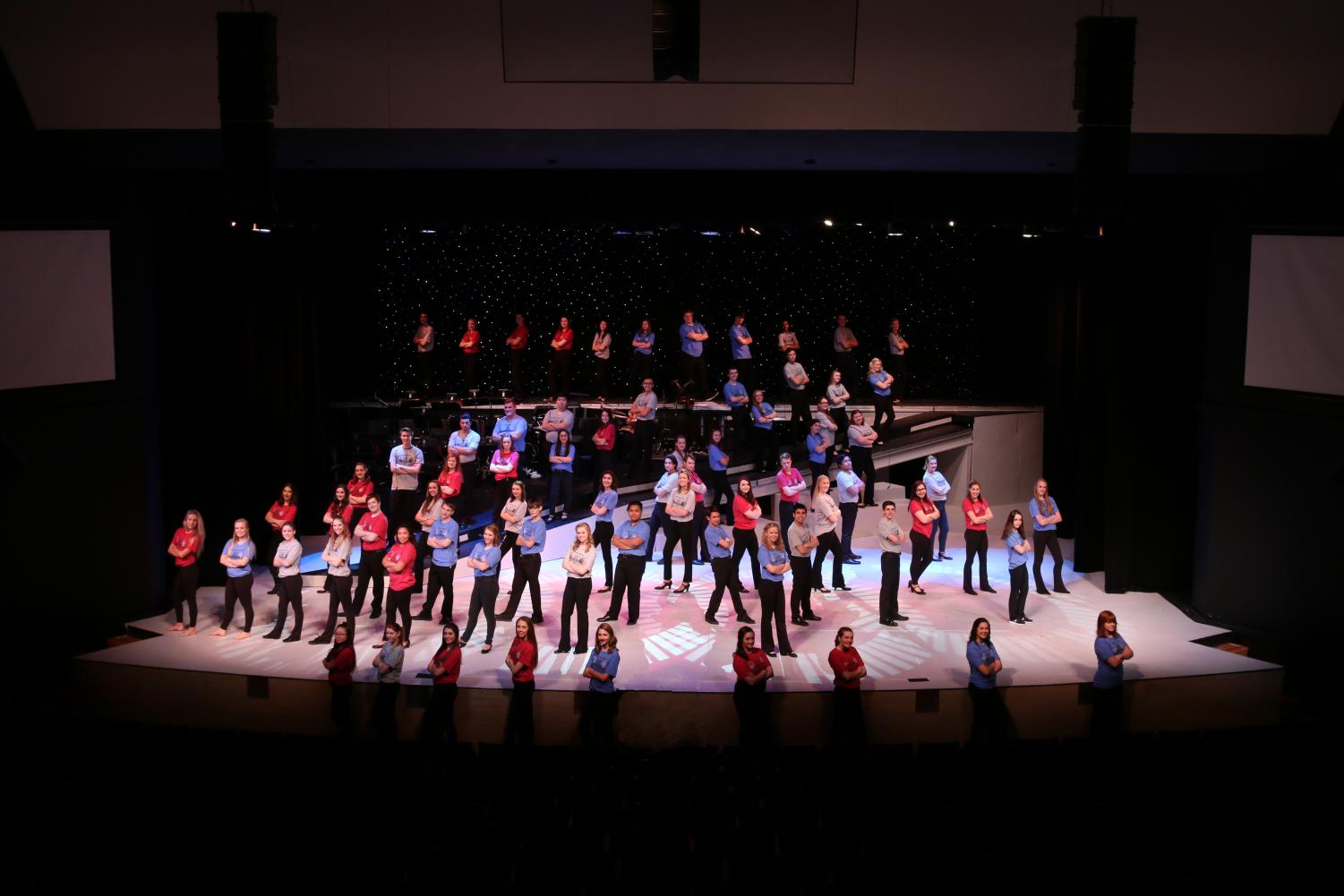 From the musicals, to the plays, Eagan students are constantly at work on the stage. Among these many productions, Encore is an original, themed, variety show that features Eagan High School’s talented dancers, singers, and instrumentalists. It is a high-energy show unlike any other here at Eagan.

“I think that students that enjoy performing, even if it makes them nervous, should try it,” Randy Schafer, an EHS coral conductor, and the Encore director, said. “We’ll get them up on stage so much, they’ll get so far beyond worrying if they’re going to mess up, that they just enjoy what they’re doing.”

Anyone is welcome to join Encore, regardless of whether you’re in choir or band. To participate, all you need to do is audition. All the audition information can be found on the Encore web page, which includes a demo of the audition song. Vocal auditions will be held February 27 or 28. If you would like to be considered for a featured dance role, auditions will be held February 27 or March 1.

This year’s theme is “The Edge.” It will include groups of songs that somehow relate to this broad title.

There will also be a heavier focus on the behind the scenes aspect of the show. Stills and video will play a large part in the performance.The audience will develop a larger appreciation of what goes into making this all happen.

Since I’m the director, I get to see all these other people on our production staff do the amazing things that they’re so good at, which is what is so magical about Encore.”

As for behind the scenes jobs, there will be numerous available. Set building, running crew, costume help, and video/camera crew are some examples, just to name a few.

“Encore is a show for students that don’t want to leave high school with regret,” Schafer added. “If they’ve ever had the experience of sitting in an audience going, I wish I could do that, then they’ll leave high school wishing they would’ve tried. And the only way to leave with no regret is to try.”

Shows will be taking place April 27 through May 5. Tickets will be on sale starting April 11.

“I have the best job in the entire world,” Schafer said. Since I’m the director, I get to see all these other people on our production staff do the amazing things that they’re so good at, which is what is so magical about Encore.”