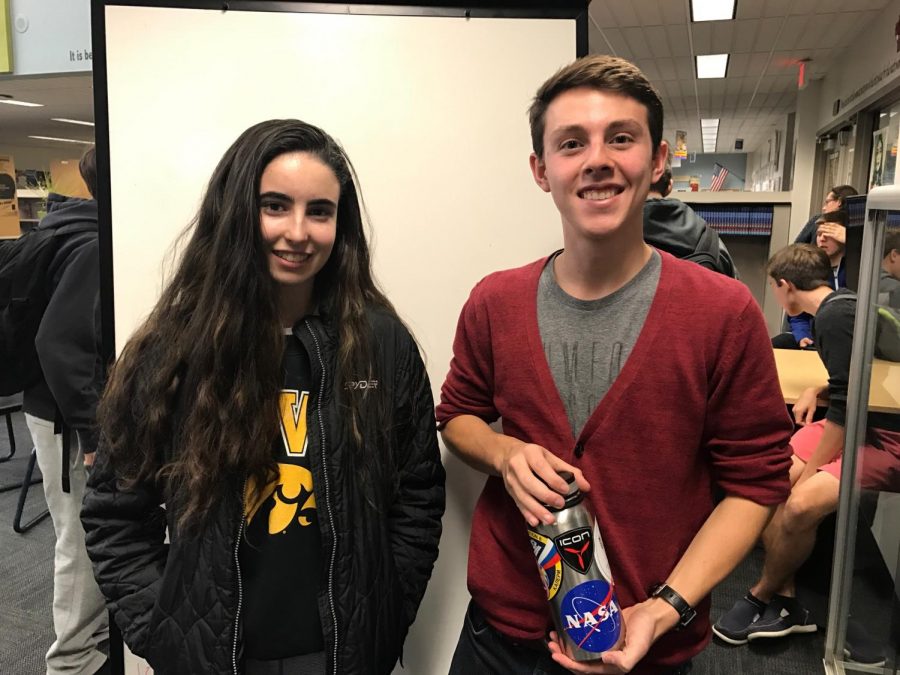 Tommy Edelman: “This year it’s one of the biggest teams we’ve ever had. We actually combine with Eastview, so it’s usually smaller than all other Eagan teams. There’s only about thirty people [from Eagan], maybe twenty from Eastview, but this year we’ve had a ton of new freshmen.”

Marina Navarro: “The ratio of underclassmen to upperclassmen is really off; there’s way more new kids this year than there are returning athletes.”

Marina Navarro: “Honestly, I hope that someone from the girls’ section team breaks off to state because the guys are consistently sending people off to state. Last year we had one girl from Eastview go, Kate Young. She did well, but I’d like to see more [girls] go.”

Tommy Edelman: “I’m hopeful that [the new athletes] will really be able to make a big impact on the section team.”

Tommy Edelman: “I think both Ryan McClure and Kai Loiseaux-Purcell have pretty good shots and Camden Palmquist. He went to State last year, and not only does he race with our high school team, but he races almost every single day with USSA (United States Ski & Snowboard Association), as do Izak Hofstad and Hannah Burns. That’s another two or three hours of skiing.”

Marina Navarro: “Well, we are a combined team, so we’re friends with people from other schools, and it’s just a ton of different people coming together.”

Tommy Edelman: “Apart from that, what’s going for us is that we have a lot more freshman racers and a lot more sophomore racers than we do upper-class racers, which sometimes can be seen as a disadvantage, but also it’s good to bring in new ideas.”

Tommy Edelman: “I guess it’s always the section race for us. That’s the one event that we’re working towards the whole season. Sections is where we decide whether you got to state or whether you stay behind, so that’s kind of the make or break. A lot of the time for teams it’s just luck too. One of the best skiers we had last year, Luke Doolittle, was an amazing skier, but, just by bad luck, he clipped his ski on his first run and lost the chance completely at state, so it could be a really heart-wrenching story.”

Marina Navarro: “Yeah, one person falling could kind of ruin the chances of the whole team.”