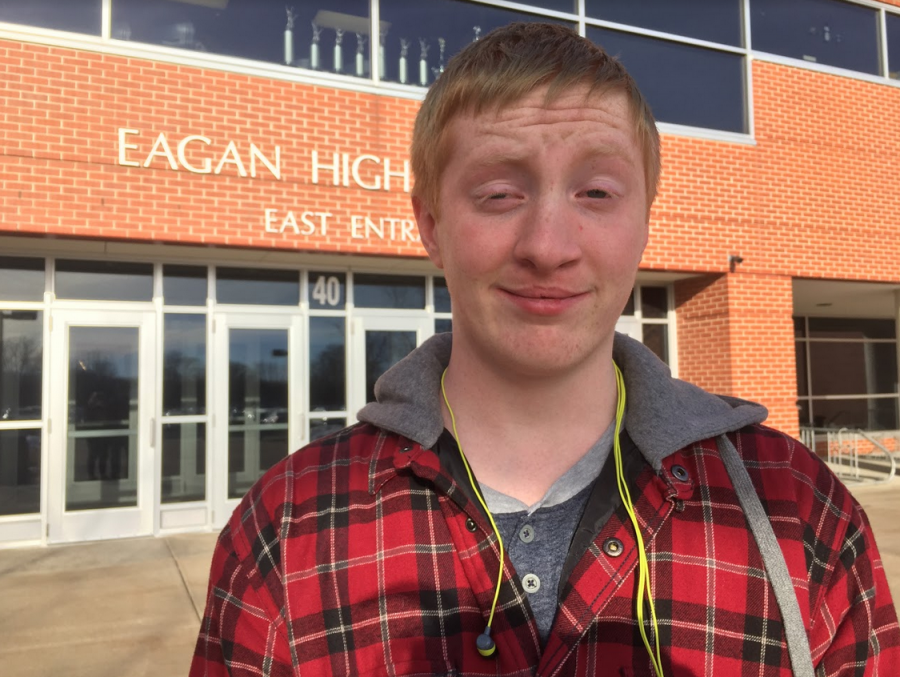 On February 14th, a mass shooting occurred at Marjory Stoneman Douglas High School in Parkland, Florida, provoking fear and anger both within our own classrooms and across the nation. The following day at Eagan High School, a few students allegedly overheard a classmate expressing sympathy for the shooter. A school administrator was notified, then the school resource officer. Police searched the student in question’s locker and, with his parent’s permission, his house. They found nothing. However, a 14-page document containing a message thread copied from Nextdoor, a private social networking service for neighborhoods, began to circulate throughout the community, and it told a different story. That Justin Haney, the student who made the comments, praised the Florida school shooter. That he remarked on how to make homemade weapons. That he donned a trench coat every day to mimic a school shooter’s appearance. Quickly, rumors about the sophomore spread throughout Eagan High School and the surrounding community. We met with Justin to hear his side of the story.

Tell me about yourself.

I like technology. It’s a big thing in the world at this point, and I think it’s good to understand how it works. I like to make my own things for technology, and I like to learn how things work. Mainly the only electives I have are for finding how things work practically, like small engines and stuff. Lately, I’ve been building portable chargers.

What did you think about the school shooting in Parkland, Florida?

What actually transpired at school the day after the Florida shooting?

The day that [the shooting] happened, the only time I figured it out was when I got home, and I turned on my TV. I didn’t even turn on the news channel (it was just on for some reason), and then I found out about it. The next day, my friend comes up to me and is like “Hey dude, did you see the news last night?” I’m like “Oh yeah, you saw the news too?” Then we talked about all these other things besides that. Then, within my first hour, I was in the office. That’s what happened.

There were rumors implying that you dyed your hair and wore a trench coat to appear more like a school shooter. Is there any truth to these claims?

To put this out there, I did dye my hair. First of all, that’s not true. Second of all, I didn’t do it because of that. I just did it because I got bored of life, so I just decided to spice things up. And yes, I did wear a trench coat for a month or two. No reason to that, practically. I was just trying to change my style, and I probably would’ve apologized for doing that because now that I see it, it was quite wrong of me to do that.

Is there anything you said or did that may have elicited such a negative response from the student body?

No, it was just, in my situation of overlooking it, me and some others think that it was placement, practically. There was me, a guy who’s got a bad record, and then there’s this shooting that happened. People like to blame people. I’m not saying that I was blamed for anything, but people like to point a finger when they’re scared. And I understand that.

How has this situation impacted your life?

When I got back to school, nothing different happened. I got a couple looks, but after the first day, I was fine. At home, it was stressful for my parents. That’s why I wasn’t here for the first week because my parents were concerned about my safety. They told me the current situation at the time, like the main situation at all times, and they told me what I had to do to fix it. I did offer the school that I would make a public apology for what I did. I would’ve done it if I was asked to.

What would you have apologized for?

What do you want to say to the Eagan High School student body?

Don’t judge a book by its cover. That’s about it. And never just sit on the surface of the water. Dive in.

When we talk about rumors, we talk about how they ostracize individuals, disturb communities, and provoke fear. Yet, the accusations about Justin illustrate how we participate in them nonetheless. The internet enables rumors to spread like wildfire, with every retweet, like, or share. Sitting behind a screen, it’s easy to forget the potentially devastating power of our words. But we conducted our interview with Justin to reclaim a sense of humanity. To show that there’s a lot more to a person than what is said about him or her. Everybody has a story. What’s yours?