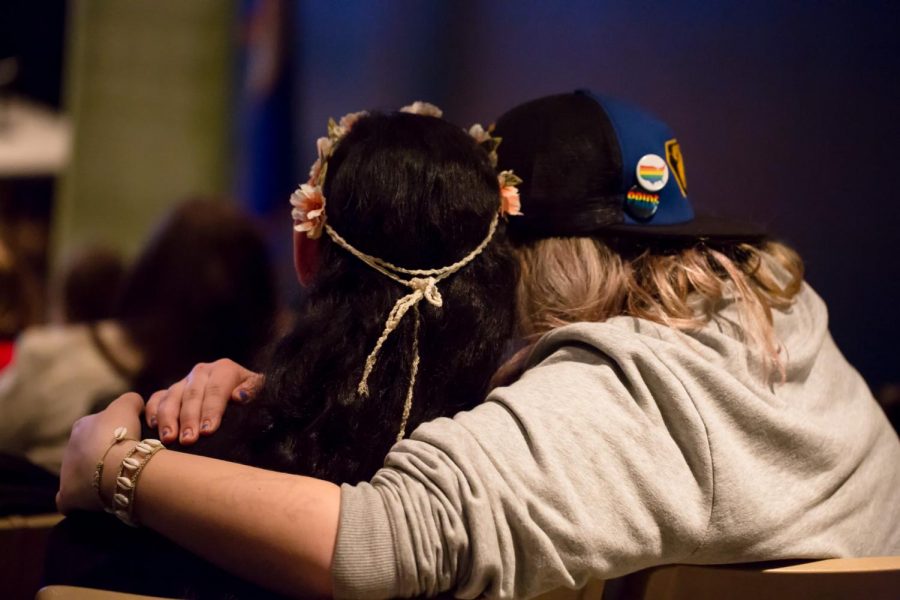 With the youth activism that has taken the country by storm, students at Minnesota’s OutFront youth summit took the chance to join in. Six Eagan students from Spectrums had the opportunity to attend this summit on March 15th, learning more about the LGBTQ community and the stories of those within it. In the afternoon, there was an organized march from St. Paul College to the State Capital. It ended in a press conference and youth lobbying their state representatives. Noah Harstad and Maddie Sandish, the leaders of Spectrums, a Gender & Sexuality Alliance (GSA) club, spoke during the opening session. Sandish was an emcee, and Harstad discussed some of the policy goals of OutFront MN, such as a more comprehensive sex education and the banning of conversion therapy.

Throughout the morning, students attended a panel and two other workshops of their choice. Speakers on the panel included a transgender male hip-hop artist, a non-binary mental health advocate, and a trans woman working towards an LGBTQ friendly church in the Twin Cities. The theme of the day was journeys. As Harstad explains, “Everybody has a different journey and everybody has a different story. It was really cool to go throughout the day and hear where other people are coming from.”

The youth present had a wide variety of options for attending workshops on topics such as LGBTQ representation in the media, comprehensive sexual education, healthy relationships and polyamory, and LGBTQ history. The event also provided a unique environment for youth to gain new perspectives and see their allies. Sandish expressed that although she feels support elsewhere, “It’s nothing like being in a room with most people that are actively supporting queer people.”

Harstad professed his amazement at how fast the LGBTQ rights movement has gone, with more representation in the media and daily life. However, he emphasized, “We still need to work on education because if people don’t know about something, they tend to fear it. That’s the idea of where homophobia comes from.” Sandish summed up one of the changes she wants to see, stating, “There’s a lot of misconceptions of what people in the queer community are like and what they want and for the most part, they just want to be people.”