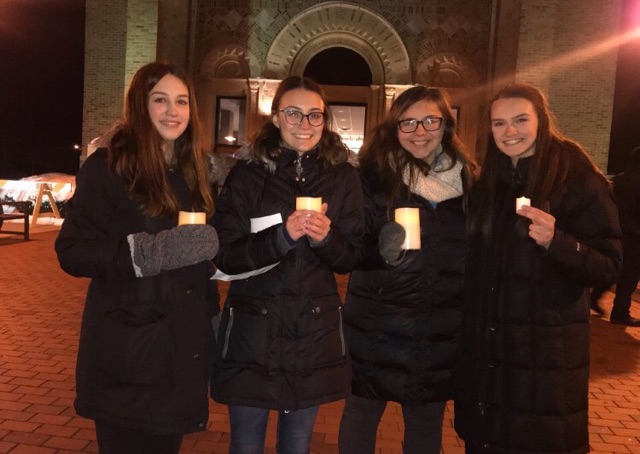 The classrooms of Marjory Stoneman Douglas High School have been the ones directly affected by gun violence, with 17 students dying from the attack. But the nation’s students are beginning to raise their voice against government inaction. Eagan High School is one among many to arrange events against gun violence, with students Jason Scheller and Emma Anderson partaking in a vigil speech on Friday, February 23.

Junior Jason Scheller stated in his speech “We students will take action where our adult politicians have failed.” And it is clear he is taking action. In the vigil speech, Scheller spoke about the toxic environment that schools now face, where students no longer feel safe to learn. Jason Scheller and Emma Anderson are pushing forward the political activity. Scheller continues “With the increase in opinions and action, it simply allows our democracy to function best. No matter your stance.”

As more students continue to become involved in more impactful ways, it provokes change. As more walkouts, protests, speeches, and movements take place to combat gun violence, more students take a stance. Jason Scheller was contacted by Talha Ahsan, a college student at Macalester and Eagan graduate, to speak at Lakeville Area Arts Center. Although not every student has access to opportunities like this, there are many other ways to get involved. “Use the rights that have been granted to you. If you’re old enough, vote,” Scheller recommends.

With the increase in opinions and action, it simply allows our democracy to function best. No matter your stance.”

It is clear that all across the nation, students are becoming politically empowered. Emma Anderson and Jason Scheller speaking at the Lakeville Vigil should inspire the rest of us to take action against gun violence.