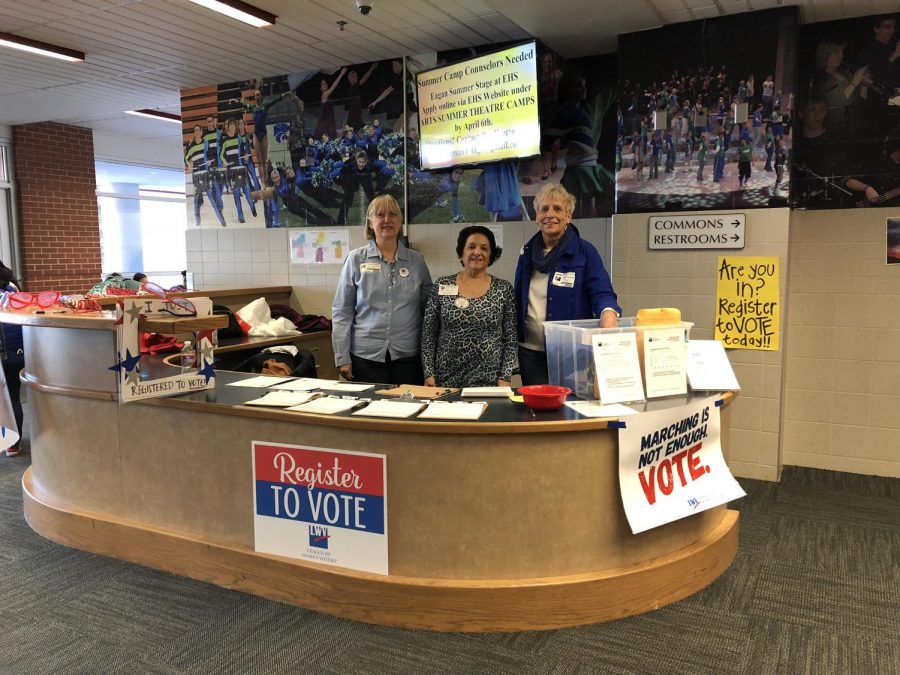 Volunteers from the League of Women Voters help students register to vote.

So, you’ve found a political issue you’re passionate about. Maybe you’ve posted on social media or attended an event. That’s great! But sometimes it’s hard to feel like one individual can make any significant difference. The good news is a thoughtful Instagram post or a school walkout is just the beginning, and there are lots of other ways to make a real impact in today’s political sphere.

Sharing why you are passionate about a cause is extremely powerful and sometimes controversial. Don’t be afraid to initiate tough conversations, and when you do, remember that the other person’s opinions are valuable as well. Listen and engage.

Large-scale events are important because they establish solidarity among supporters of a cause. They inform and empower, and our representatives take notice when hundreds of citizens march to the capital and rally on the lawn.

Registrants must be 18 by November 6, 2018. The form takes less than five minutes to fill out.

The League of Women Voters will be back at Eagan High School in the fall to help more students register to vote.

A volunteer from the League of Women Voters noted that when she first moved to Apple Valley in the seventies, “There was a local election and several officials won by a margin of about three votes.” So your voice is important! You and your friends can actually tip the scale when you vote in local elections.

The next state general election will be on November 6 of this year.

Read the Star Tribune and/or the Pioneer Press to learn about what is affecting us here in the Twin Cities.

Stay informed about candidates for local positions so that you can vote responsibly.

You’ve probably seen email petitions going around for different causes, and maybe you’ve signed them online. Keep doing this, but it’s often much more powerful to call. Think about it —  a phone conversation is much harder to ignore than an email in an overflowing inbox.

5calls.org is an excellent resource for calling representatives. The site is constantly updated with current issues. You click on a cause, type in your zip code, and it provides you with the contact information for your local reps as well as several potential scripts you can use when calling. You’ll likely speak to a legislative assistant, not your actual elected official, but your message will be relayed to that official. Be thoughtful and respectful.

Call to thank representatives, too! Positive reinforcement about a certain cause encourages officials to continually work on that cause.

Below is a list of our elective officials in Eagan, Minnesota. Get busy! (Democratic Farmer Labor Party = DFL, Republican Party = R)

If you’d like to look up representatives from a different zip code, you can do so at www.leg.state.mn.us/leg/districtfinder, or search “Who Represents Me.”